I devise performances, create frameworks for performances and curate performance festivals. I am interested in feminist and postcolonial issues on a global scale and believe in multiperspective approaches and collective creativity.

Message Sophia
You'll be asked to download the Dara app. 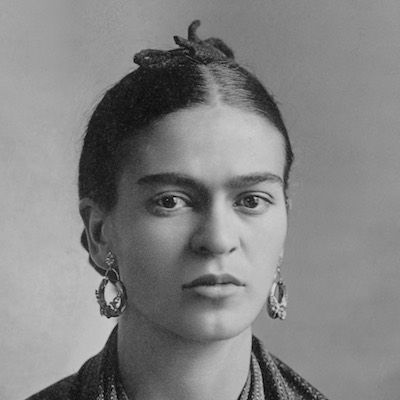 Skull X is the RadBot that I worked on as part of this project. It is the head of a dead African chief, killed by a German colonial officer of the Schutztruppe in 1990 and beheaded and taken to the ethnological museum in Berlin, Germany.

Click the link below to chat with Skull X -

Jara is the RadBot that I worked on as part of this project. She is a surrogate mother with an artificial uterus. She loves gestating new ideas to save the planet. She is quirky, confident and freely quotes Sophie Lewis, Donna Haraway, Ursula K LeGuin and Gandhi. She can be caring or impatient - it all depends on how much she likes your idea.

A performing arts project that brings scientists, activists, musicians and actors together. The forest is the protagonist. Climate change is the problem. Are wind wheels the solution in form of green energy? Or do we destroy valuable ancient forstes by building them? Are forests the greenest technology of all ? What differentiates a new from an old forest? How can me make the suffering of plants visible on the stage?

White money flows from the arts funding bodies in Europe. It funds artists in the Global South or commissions work from artists in the Global South to be presented in the Global North. Often this white funding is an economic incentive to create or to perform work catered to the taste of the funders and curators, to present orientalist or exotic images of 'other' bodies and to re-shape or simplify complex content for a white audience. White money therefore shapes or reinforces inequalities and re-iterates racist and neo-colonial structures. Flinn Works, like all art professionals who work across the invisible borders of Global North and Global South are deeply entangled in this structure. With a group of six artists and curators from different parts of the world, the project sheds light on some hidden aspects of white money. Aderemi Adegbite invents and inaugurates the first Nigerian Cultural Institute of Yoruba Culture at Sophiensaele. Anuja Ghosalkar reflects in a performance on the complicated ethics and harsh economies of working as an artist in India. Rehema Chachage shreds a heap of rejected funding applications and manually transforms them into something radically new. Abhishek Thapar takes the audience on an intimate and speculative journey through their bank accounts, minds and hearts. Azade Shamiri’s lecture performance shows representations of the West in Iranian plays and poses questions of the past to the present. Nora Amin sheds light on the history of so called 'belly dance' in her solo and wrestles the dance from the exoticised and voyeuristic gaze to an empowered expression of the dancer.

White Money as a project also seeks to stretch the boundaries of German funding regulations - by letting participants decide on how to spend the money. Because this project is also funded by white money.

A Flinn Works production.
Supported by Fonds Darstellende Künste with funds from the Federal Government Commissioner for Culture and the Media and Berliner Senatsverwaltung für Kultur und Europa.

I adresses a fundamental question of cultural policy and arts funding and transform the critical responses into art.

Sophia Stepf on the Web