“EVERYTHING COMES FROM SOMEWHERE: A JOURNEY IN ART AND SCIENCE.”

A Lecture by David Quammen

I will talk about the key factors of influence and points of inflection in my own long journey as a professional writer who specializes (now) in the subjects of biological diversity, evolution, and infectious disease. I don’t want to dwell on my own experience for its own sake, but I hope to highlight the way inherent interests, for any person, interact with contingent events as one grows to adulthood to set one on a path, and sometimes to divert that path as time and experience proceed. To be more specific: My own story springs from two childhood interests: in the world of nature, and in writing.

As a student and a young adult, I was influenced by three great teachers to turn toward the literary side, and I became a published novelist, at age 22, some 51 years ago. But after four books of fiction, because of certain events and circumstances, I turned away into nonfiction writing and back to the world of nature.

As I read Charles Darwin, my interest in descriptive natural history morphed into a deeper interest in evolutionary biology, ecology, and the history of biology. Meanwhile, as I saw the extinction crisis progressing on Earth, I wrote more and more passionately about conservation of biological diversity. All this mostly involved biology at the level of macro-organisms: animals and plants. Then, because of other chance events, I became interested in the ecology and evolution of viruses…and that led me to an awareness of the imminent threat of a viral pandemic that might kill millions of humans.

I published Spillover in 2012, describing the dynamics of viral evolution and ecology, and warning of the pandemic threat. It might be caused by a coronavirus, I wrote, coming out of an animal, such as a bat, perhaps through a wet market in China. My three greatest concerns today are problems that flow like parallel rivers: loss of biological diversity, climate change, the ongoing threat of pandemics (a threat that won’t end with Covid-19). Having predicted this pandemic (not by my own prescience, but by listening to smart scientists), I have now just finished a book on SARS-CoV-2, the Covid virus. It’s a work of scientific and historical explanation, but it’s also—I dearly hope—a work of art.

I’ve never lost my conviction that writing for the general audience—whether the mode is fiction or nonfiction, the subject light or grave—should be artful, graceful, well-made, a pleasure to read as well as a source of better understanding of the world, including humans.​

DAVID QUAMMEN is an American author and journalist whose sixteen books include The Song of the Dodo (1996), The Reluctant Mr. Darwin (2006), and The Tangled Tree (2018). His 2012 book, Spillover: Animal Infections and the Next Human Pandemic, described the dynamics of viral spillover from wildlife into humans and predicted a coming pandemic, possibly caused by a coronavirus. Quammen’s magazine work has appeared in National Geographic, The New Yorker, Outside, Harper’s, The Atlantic, Rolling Stone, Powder, and The New York Review of Books, among other magazines, and his Op Eds in the New York Times and other newspapers. He’s a three-time recipient of the National Magazine Award and has received several awards for his books. He shares a home in Bozeman, Montana, with his wife, Betsy Gaines Quammen, author of the book American Zion, plus two borzois, a cross-eyed cat, and a rescue python named Boots. 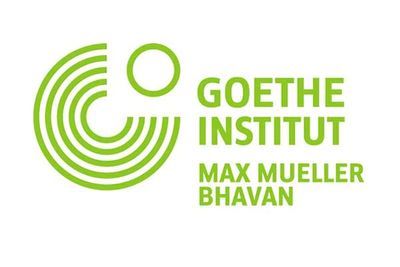